The city of Athens is a European spot full to the brim with things to do. The city is especially popular amongst history buffs as there is a lot of archaeology sites and ancient ruins around every corner. However, don’t let that put you off if history isn’t your thing, there is still plenty to do here. From quirky shopping markets to one of the biggest planetariums in the world, Athens has something for everyone. We were lucky enough to stop here during our Royal Caribbean Cruise. Here’s our round-up of Things to See and Do in Athens, Greece. 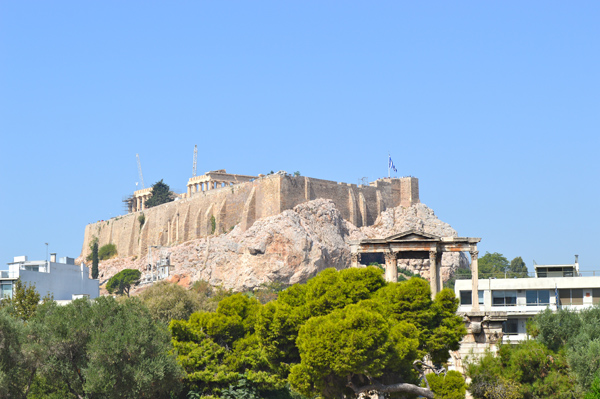 We may as well get the most obvious thing to do in Athens out the way first – seeing the Acropolis. This ancient city that sits above Athens is one of the most visited sites in Europe. Here you can walk amongst the ruins and picture what life may have been like for people centuries and centuries ago. The Pantheon is the most famous building in the Acropolis, but there is plenty of information about what else you can find here. The Acropolis is a UNESCO World Heritage Site because of its huge part in ancient Greek history and the way in which the settlement was built in its location. There are 21 different points of interest and archaeological remains at the Acropolis, making it a dream for any history or archaeology buff. 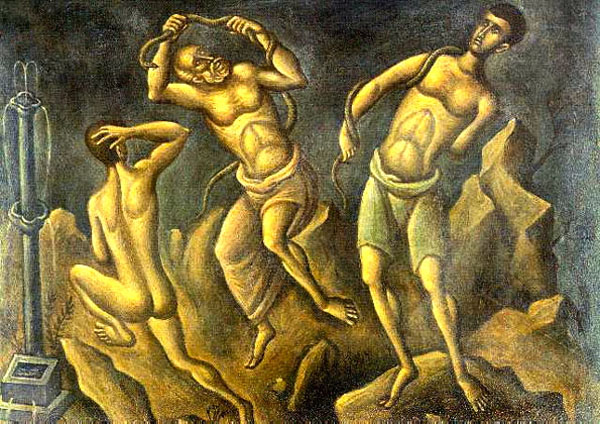 Don’t know much about Greek art? No problem, the Athens Municipal Art Gallery has got you covered. This art gallery has over 3,000 works from 19th and 20th century Greek artists, giving visitors a thorough round-up of Greek art from the last two centuries. Compared to many other city art galleries cross Europe, this is fairly humble in comparison. The building itself is extremely modest so don’t expect anything as grand as the Louvre, for example. However, if you’re an art buff it is well worth the visit and is considered by many to be a hidden gem in the city. Admission to the gallery is free, which make it a nice cheap activity for a rainy or slow day. 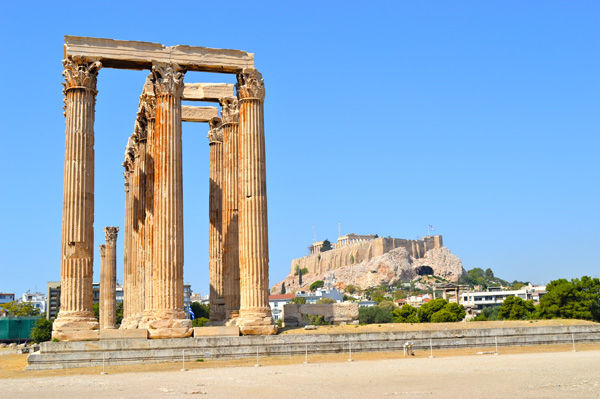 Check out even more archaeology

If the Acropolis weren’t enough, you can also find plenty of other spots around Athens to keep archaeology enthusiasts at bay. The Temple of Olympian Zeus is one that is right in center of Athens, and during its peak it was recognized as one of the largest temples in Greece. It’s not an archaeological site that is going to keep you busy for that long, but if you do some research behind the site before you visit it becomes much more meaningful and therefore worthwhile. Once you appreciate the meaning behind many of these sites and realize what they meant for in Ancient Greece, they become much more entertaining to visit.

More specifically in the Acropolis, you will also find the Theatre of Dionysos, one of the earliest theatres still preserved in Athens. This massive theatre is still home to marble thrones on which the VIPs all sat, and was where all the theatrical performances in Athens took place. Here you can stand on the rows of seats and transport yourself back to one of those ancient shows.

There are, of course many, many more archaeological spots dotted throughout Athens, so keep your eyes peeled at all times for those signature columns or crowds of people flocking towards ancient ruins. 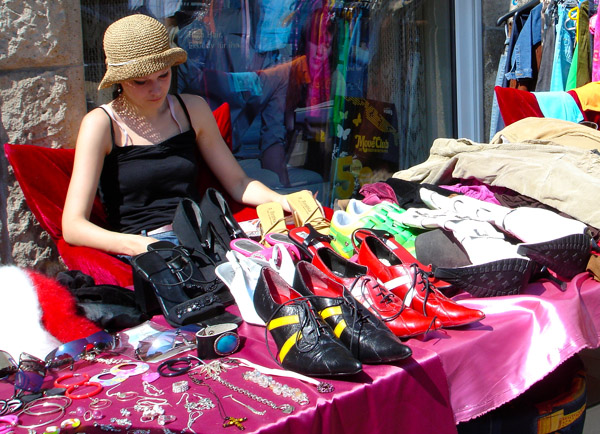 If you’re looking for a unique shopping experience in Athens, the Monastiraki Flea Market is definitely it. Here you’ll find dozens of independent traders selling all kinds of bits and bobs, mostly vintage items and offbeat treasures. The atmosphere is definitely one to go and enjoy  There are also many restaurants and cafes in the area where you can refuel before hitting the shops again. Here you’ll find a fair amount of tackiness and odd gifts, but as long as you’re able to sift through all the fake souvenirs and hunt out the good bargains, it’s definitely a shopper’s delight. 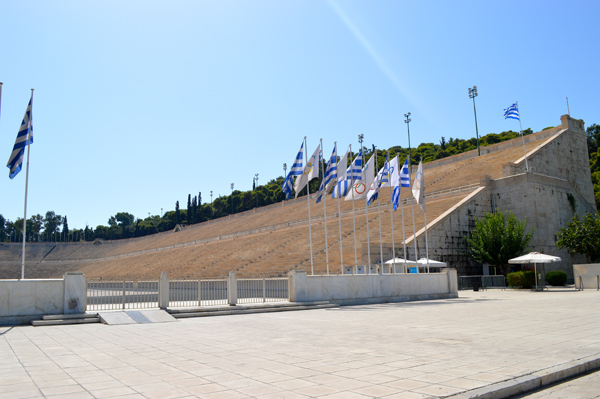 Sports fans in Athens should definitely head to the Panathenaic Stadium, otherwise known as the spot where the first ever Olympic Games in 1896c(or at least the Olympic Games in the format we’re used to nowadays). This stadium was rebuilt from an ancient Greek stadium that stood here, and is the only in the world to be made entirely of white marble, making it quite the site to see. It could once seat about 80,000 spectators, but now only has space for 45,000. Having said that, it is still a huge stadium to behold, and has actually been used as a music venue in the past. 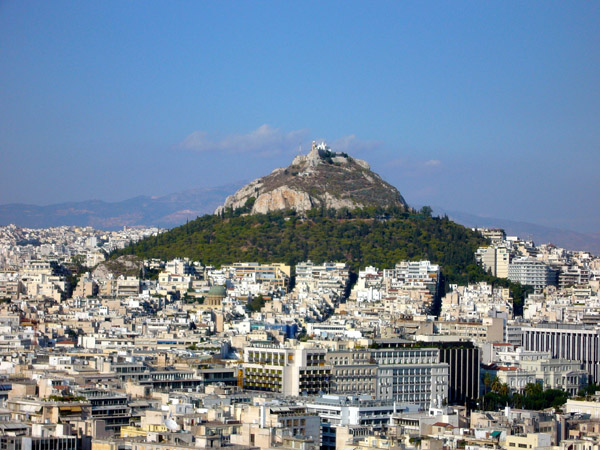 If you’re looking to catch the best views across the city, head up Lykavittos Hill, either by foot or there is a cable car that can take you up. From the top of this hill you can get 360 degree views of Athens, as well as be able to catch a view of the Acropolis out into the distance. The walk takes about 45 minutes and involves heading up lots of zig zag stairs, so if you do take on the challenge get ready to use some serious will power. Once you reach the top, there is a little white washed chapel and also a spot where you can buy a drink and a snack – something you will no doubt need if you’ve braved the journey on foot! 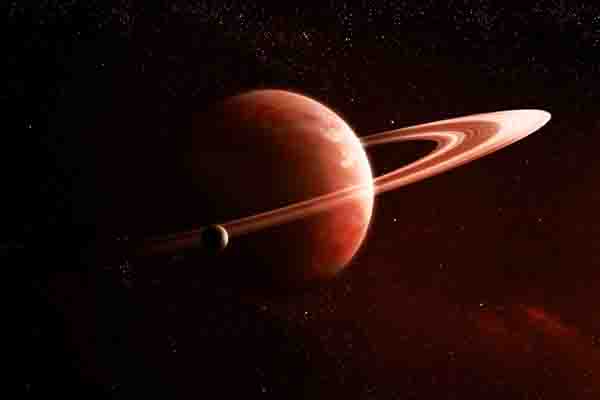 Take a trip to Athens Planetarium

If you’re getting a bit bored of all that ancient history, take a trip to Athens’ Planetarium, which is the biggest and best equipped digital planetarium in the world. The dome has a seating capacity of 280, and here you can watch 3D movies that will transport you to another galaxy. There are also showing of IMAX movies here, so it’s worth checking their website to see what’s on.

We wouldn’t be able to make a list of things to do without mentioning food. In terms of favorite cuisine, Greek food might not be on the top of your list, but when you’re there you simply have to try what’s on offer. From delicious moussaka, to tasty meats and gyros, Greek food is seriously underrated, and when you’re actually in the country it tastes even better. As for drink, Ouzo is one of their famous tipples, but it should strictly be drunk as an aperitif and not in large quantities, otherwise you could be in for a nasty headache in the morning!

Do you have any other suggestions on things to See an Do in Athens Greece?